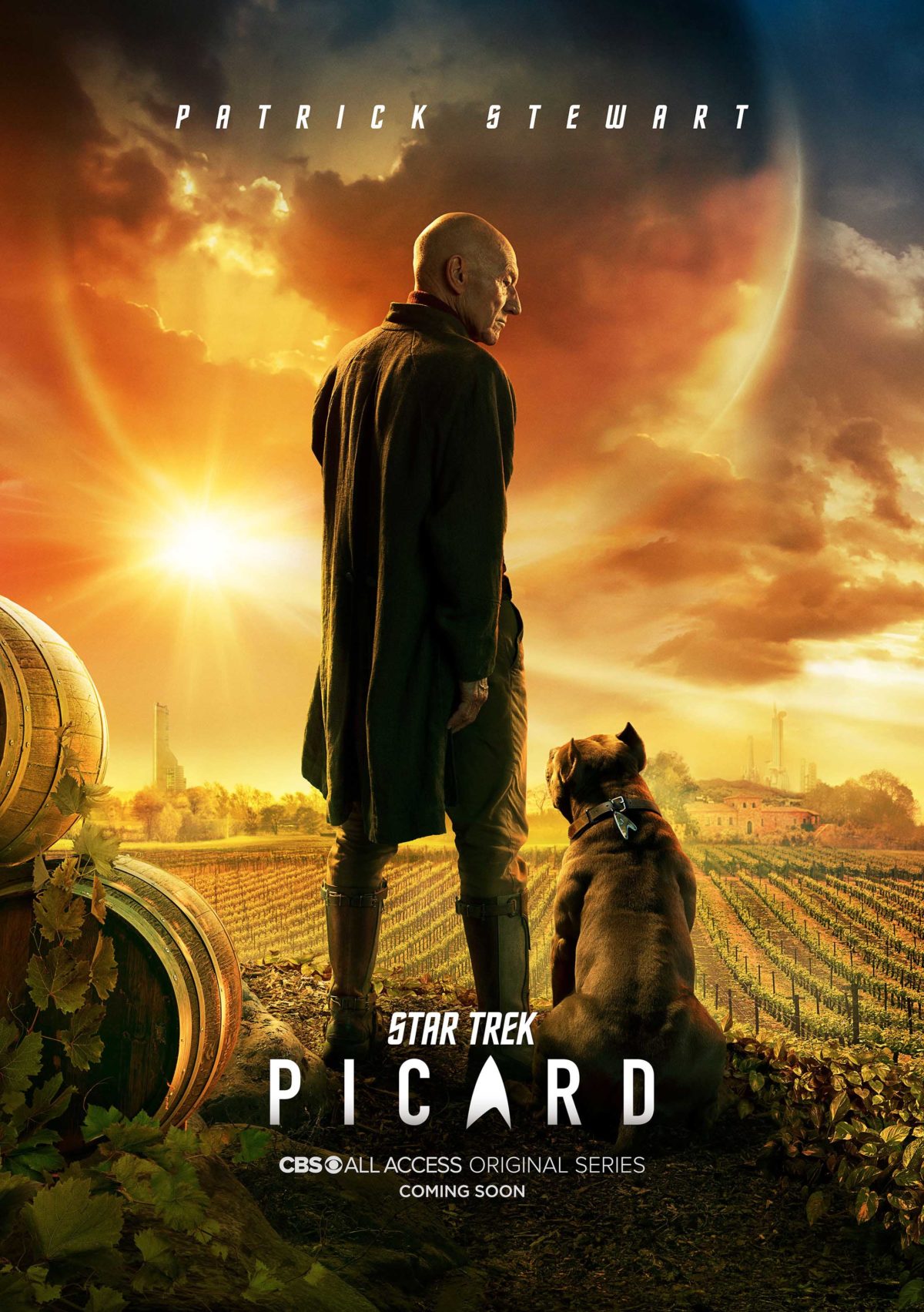 Spoilers exist in the future too!

Star Trek: Picard is one of CBS’s new Star Trek shows, the other being the controversial Discovery. This new show seems, so far, a lot more interesting then Discovery. This long-awaited space drama is set far in the future, some two decades or so past when we saw our beloved Next-Gen-ers. In the beginning of the first episode we see Captain Picard (Sir Patrick Stewart) at his farm. We also see images of Commander Data flashing before him.

This is the same Captain Picard from Star Trek: The Next Generation. Some of the original cast is back for this adventure, and I am excited to see what the future of the show holds. So far it lives up to what we would want as Star Trek fans. The only thing is, you have to have a subscription to CBS All Access in order to watch it.

The show is well written, with Michael Chabon at the helm, at least as far as the first two episodes go. It is slow, it is building up to something better than what the episode portrays, but we really do not know what the story is about. We will soon in future episodes know, however with the original cast returning, I am sure it will have a lot of adventure, and action.

I think that the show intro could have been better. It’s not the normal intro we’re used to with the dramatic build up with Jean-Luc talking in the beginning like in Next Generation. Although it is good, and does fit the show, I just think it wasn’t eye popping, and I was expecting more, considering most of us fans has been waiting for the return of our beloved captain!

I do hope the characters build up better than it has though for these two first episodes. It does have a Mandalorian feel to it, the way it builds up for the next episode. I wish they wouldn’t give what’s happening in next episode though after the episode is over, just keep it a surprise. Fans are going to watch it regardless.

The storyline is based after Star Trek: Nemesis, the 4th Star Trek The Next Generation Film, which is still canon and surprisingly not retconned at all. We will visit the aftermath of Commander Data’s death and the shockwave repercussions his very existence is still having on the Star Trek universe, even some 20 years after his demise. We will also be introduced to other surprise members of Data’s family, although this is not the first time we know of Commander Data having offspring. If you remember in Season 3 Episode 16 he had a daughter named Lal. I am hoping that they tie in that story somehow, but we will see.

The soundtrack was composed by Jeff Russo who has composed soundtracks of various different shows such as Lucifer, Star Trek: Discovery, Umbrella Academy, and others. It has a hint of Next Generation in some of the scenes, which makes it a nice touch.

I hope this series continues to grow. It could be amazing, and it could be crap. That all depends on the direction that CBS is willing to take it. So far with all the cast returning it seems like it’s going to be great (Fingers crossed). I do want to see more of Commander Data other than just flash back memories. I am pretty sure that we are going to have interactions as Jean-Luc as Locutus Of Borg in the future, it only makes sense. I would give it a try, even if you are not a Star Trek fan. Is it worth a subscription to CBS All Access? Yes, I think so. You can get it for cheaper if you have the commercials left in the videos.