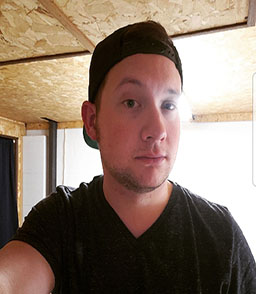 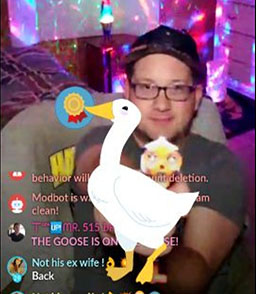 So I want to say thank you for interviewing me and having me to tell my story on how MeetMe changed me as person today.

Who is Dar 515 and what makes you the person that you are today?

I created the name "Mr. 515 Dar" as a tribute to my home state of Iowa. I thought it'll be unique having someone from Iowa to stream and represent their state. Now I was that camera shy, don't wanna talk in the camera person because I don't look like how my voice sounded. Because my voice sounds medium lowish sometimes, but with a recording or live recording, it sounds higher. It almost sounds like a teenager hitting puberty almost.

So I came over that fear of course. I was socially awkward when I was young. I kinda had social anxiety because of my autism, so I get nervous when talking to people the first time. But, it started getting better when I got older especially live streaming. It helped me communicate more and help me make new friends on and off the app. I can go on and on about stories, but I don't wanna drag on and on and OOOOOON about myself lol.

You were on Unstoppable Idol Meet Me show. What kind of experience was it for you, and would you do it again?

So with Unstoppable Idol, it was a very unique experience with me. It's been a while since I sang in front of people since High School. So when I saw the Season 5 Semi-Finals, I was hooked. After watching Season 5 Finals, I thought, "Hey! I haven't showed my talent in a long time! Maybe I should try it out!" So, I tried Season 6 of Unstoppable Idol and finished 5th. I wanted to push myself to succeed.

So, I tried out for Season 8. I literally pushed myself to get into the finals, and I succeeded. Did I win Season 8? No, but I was so proud of myself on what I did and pushed myself to reach my goal. Everyone on Unstoppable Idol during Season 8 were so proud how far I came to this moment, and my friends on here to help and pushed me to my goal.


What kind of music do you preferably like to sing?

It's funny that you asked me this on what music I listened to lol! I listen to almost anything, but preferably Rock and Alternative. Even though I sang a few country songs on Season 6. And with Season 8, I expanded my genre by doing some other songs.

How does having a VIP badge experience been for you what kind of pros and cons has it brought to you?

Now with the VIP story! So I have an account which was my "main account" till I made Mr. 515 Dar as my main (second account). So I got an e-mail MeetMe saying if I want to be a VIP. I said sure, but I didn't realize what account they were going to put the VIP on till I checked the e-mail they sent it to. They pretty much made my old main account to a VIP account lmao! My actual words when I saw the e-mail were, "Oh fuck!" So, I had to make a new name for the VIP account. I created Diamond Cutter. The reason I named Diamond Cutter is because I like to spread the love that are closer to me on this app. So with the VIP account, I had to set everything on private so people can't ask me to send diamonds to them. In this world, you don't beg what you want.

Begging gets you nowhere in live. I hate it when they can't get diamonds and they start going into lives lurking and messaging people to come into their lives and gift. That's not how it works! You need to figure out what you are doing wrong and how you make your streams more fun so people can show you love. Being negative towards people and demanding diamonds doesn't work AT ALL PERIOD!

Have you met anyone off this app?

So I have met people off the app. The meet up I was excited the most was Dan In A Beany and Flygirl coming to Iowa. They literally flew from Texas and New Jersey to come see me. I covered the Airbnb so they can stay the weekend. We're about not even 5 minutes from Downtown Des Moines.

Where do you see yourself in 10 years online and off meet me, and why?

Now with the 10 years question.....oh how I hate answering this question lol! Honestly, I'll just let everything set in place, because you don't know what's gonna happen 5,10,15, etc. years right! For people who are struggling and new coming on to this app. Be yourself and never give up. Be who your are outside of this and bring it to MeetMe.

Do you have any tips for new people who might be struggling?

People love seeing positive people on here. If you're having a bad day, check a stream out and let them uplift you. If you're struggling on this app, never give up. I have been on here for 2 years and there had been some times that I wanted to give up. But, reach for those personal goals.

I just wanna say thank you to MeetMe, Craig Buck, Junky, Logan, Daddy J, The Ducatis, Jear Fox, Tha Idol, Chris Casper, Hashi, etc. If it wasn't for you guys, I wouldn't be here. This is not just an app, this is a family.