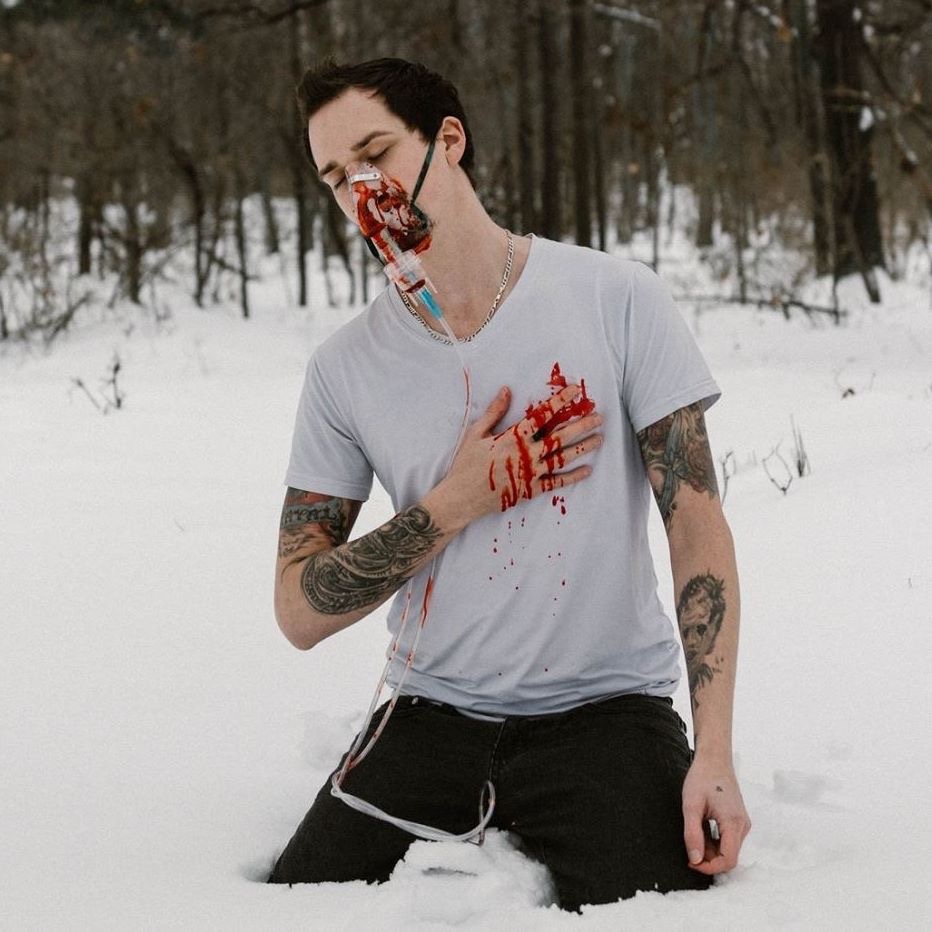 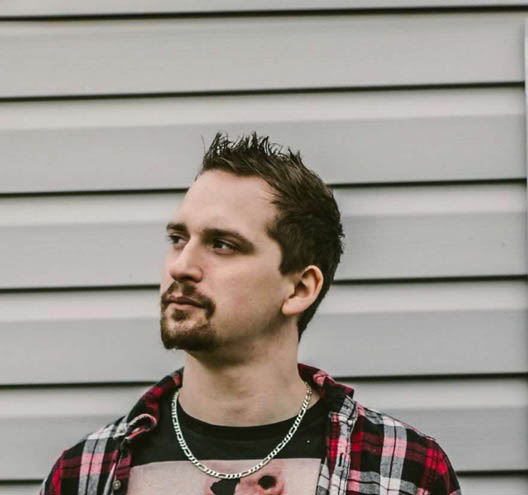 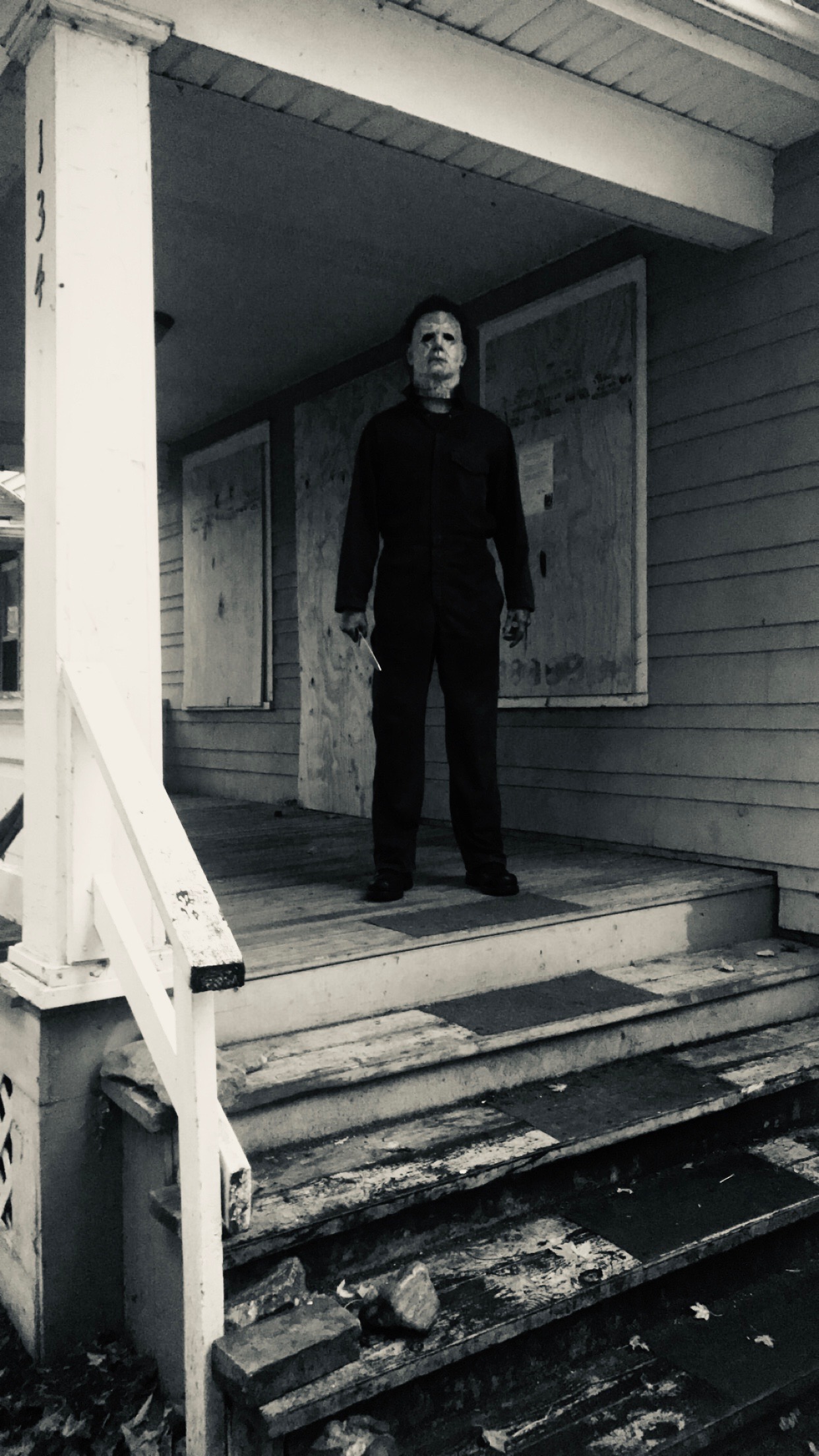 What inspired you to cosplay on MeetMe, and do you cosplay outside of streaming?

What inspired me to cosplay on MeetMe?! I definitely fell into it on accident. When Roast was a thing in battles I wanted to make it funnier and more entertaining. What’s funnier than wrapping up in toilet paper and roasting people? Well, after the first time I did it, I looked around my room and all I could dress myself up in would be my Michael Myers outfit. I put the mask on and coveralls and danced around in my chair and said nothing during battles and it caught traction from there. Then I created the entire setup that people see now.

The amount of positivity outweighs the negativity, definitely. I have heard from all sorts of people telling me that I inspire them and that I turn their day from bad to great. I’ve been told I’ve saved someone from ending their life. Which is mind-blowing on an app such as MeetMe.

I will never know the words to thank each individual whose day is better by them watching my streams. I’m just a normal guy, no better than anyone on MeetMe. The ‘popularity’ definitely has caused its own fair share of drama and negativity but nothing that can't be fixed with a push of the block button.

Do you have any inspirational thoughts that you might have if any upcoming Cos-Players might have since you are so successful at it?

I’ve wanted to play Jason, from the 2009 Remake. I am a smaller guy but because the layers would add weight to me, I feel like it would work. I’m obsessed with quality and detail accuracy if your gonna do it- do it right. I most likely will not play a character that talks unless it’s my own creation. I believe for anyone, it wouldn’t work. If you don’t sound like Robert Englund then you can’t play Freddy Krueger. Pennywise has been a thought, but I’m not entirely sold on it. Time will tell. The Michael Myers cosplay is still kicking..

Your group is called Team Caution, have you used this name outside of MeetMe and streaming? What are the goals of Team Caution?
Unlike most families on MeetMe, the group that I created, Team Caution, has been around since 2005-06. I created the group playing Video Games, specifically Gears of War. I was top ten in the world in Gears of War; Execution (Game Mode) and I was number 1 in the world in F.E.A.R. Since then there are about 30-40 members in Team Caution on the gaming side. I knew that if I wanted to grow myself as a streamer on MeetMe and create a community I would need to branch off. So, I created Team Caution in MeetMe when I had less than 200 Favorites. The goals of Team Caution have always been loyalty and respect. We respect one another, we all have each other. We don’t need anyone else. This is all we need.

As we all know there are a lot of streamers that are not nice on the internet, and sometimes they are rude and disrespectful to you, how do you handle those streamers?

I can’t give advice on this to other streamers because everyone acts differently but the way I handle those that bad mouth me, I try to ignore to the best of my ability. Almost 100% of the time I don’t hear the problems unless it’s brought to my stream.

I don’t go to other streams looking for drama and I rarely type in anyone’s chat room. I stick to my own stream and do my own thing. If people wanna bad mouth me maybe because of rumors and obviously don’t know me, that’s on them. I just stream, just like every mine else.

Do you ever Cos-Play anything else besides Michael Myers, if so what characters do you Cos-Play?

As of right now no, before the Michael Myers phase I did dress up as different acts to be funny. Nothing serious and probably no one has witnessed it but I have done some stupid stuff on stream that will never be recreated because of embarrassment.

What is the future of Shawn Caution, where are you going to take your name, and if the platform that you stream on ever failed, where would you take your Cos-Playing?

I don’t think about the future. I just live day to day and do whatever the day brings. I never thought I’d be a streamer with a great community behind me. It just randomly happened. I hope that if any platform fails that my family follow me and support me in whatever I do.

Thank you for interviewing! If you have any more questions, please feel free to add them onto this documentation. Happy streaming!

The last thing I wanna add is that, if you’re reading this and you wanna become a streamer but don’t know how and you want advice, please- don’t ask just do. I would recommend anyone to just start streaming and give it a test run for a month or so. If you catch an audience that turn into friends then you succeeded, if not- then please understand it’s not for everyone. I never thought I’d have people support me the way they do on MeetMe.

Almost everyone I’ve met has been so generous and nice. They have supported Team Caution as a whole. It’s amazing and I can’t thank everyone enough. I love each and every one of you that come to my streams daily, even if you just say hi and leave, even if you just lurk- I love you. You’re the reason I’m a streamer and without you, this wouldn’t have happened. Thank you, so much. You have no idea.