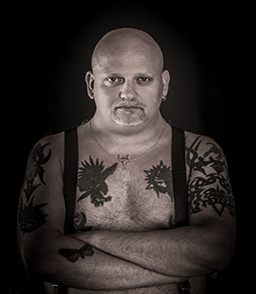 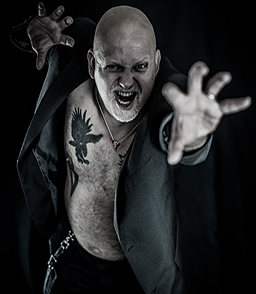 Thank you Claus Laresen for taking the time to answer the questions. I hope that this will help people who have never heard of you or your music get to know you a little bit better! Please fill the answers underneath the questions and send back some pictures that you would like to be on the banner of Streaming World.

First off, thank you for doing this interview for me. How long have you been composing music for, and what kind of music do you classify yourself as?

CL: You are very welcome. I wrote my first song when I was 14 years old, back in 1982. A Synth-Pop snog titled "Dreaming". It was a life changing moment for me and from that day I knew what I wanted to do with my life. I finally found an outlet for my emotions, and to this day, song writing is my therapy. It's something I need to stay sane. I don't really like to be put in a box with my music. But if you have to I guess it can be classified as Electro Industrial ort EBM. I'm all over the place genre wise.

How many projects are you involved with, and is there anything new coming out in the near future?

CL: Leæther Strip, Klutæ (Klute), Am Tierpark, The Stricken, Die Klute and Mirland/Larsen. We just released a new Am Tierpark album totled "Kinds Of Failure", which is my Synth-pop band. Next release from me will be a new Klutæ album, it will be out early next year, after that I will release a new Leæther Strip album, which I just need to pick sings for. I have 51 to pick from so it will be hard to pick 10. I dont have a title for that just yet.

What bands have influenced you to create the music that you do, what are some of your favorite bands?

CL: I was influenced a lot by 70's glam rock and Punk growing up. bands like The Sweet. The Slade Glitterband and The Skids and Sex Pistols Also early New wave had a big impact on me Like Gary Numan, Ultravox and Simple Minds. But my favorite bands are Depeche Mode, Soft Cell, Yazoo, The Human League, and Fad Gadget.

You are played at a lot of industrial/goth clubs, what is some of the memorable songs that you can think of that you have heard your songs at the clubs?

CL: It's a bit strange for me to be in a club while I'm being played, so that's really not my favorite thing. I guess the most played songs in clubs are Strap Me Down and Adrenalin Rush as the classics. But as we don't have any clubs near us that plays my songs I don't really know.

CL: Am Tierpark, The Stricken, Die Klute and Mirland/Larsen. I wouldnt really call them "side projects" as they are just as important for me as Leæther Strip and Klutæ- I also enjoy doing guest appearances in other bands and I remix a lot for others. I might join one more band as a vocalist but I cant tell you about that now, we are not certain yet on how and when we will do it.

When you perform at concerts, what is your experience like, what motivates you to continue to perform live?

CL: It's one big adrenalin fest for me. I love to perform my songs and I feel very lucky that I am able to play for people all over the world. Up there I'm 21 again and I can go for hours. Best feeling ever!

What is the most favorite venue that you have ever played at?

CL: Thats hard to answer. But I must say that I enjoy smaller venues where I can almost taste the audience. That's where I feel the most. I'm an old punk so I guess that's why. I'm not into doing theatrical shows with costumes and fake blood, it's just me up there 100% as it also is with my songs. All me.

What instruments do you play?

CL: I play Keyboards, drums and bass guitar. All self taught.


Do you have any tips for new musicians that might be struggling with learning whatever they are learning?
CL: Never do what you think others want you to do. Do what you have to do, and work your ass off. Make the music for you first. If you put your heart and soul into it someone out there will like what you do. It's about creating something you can be proud of, and you have no control over anyone's taste anyway. 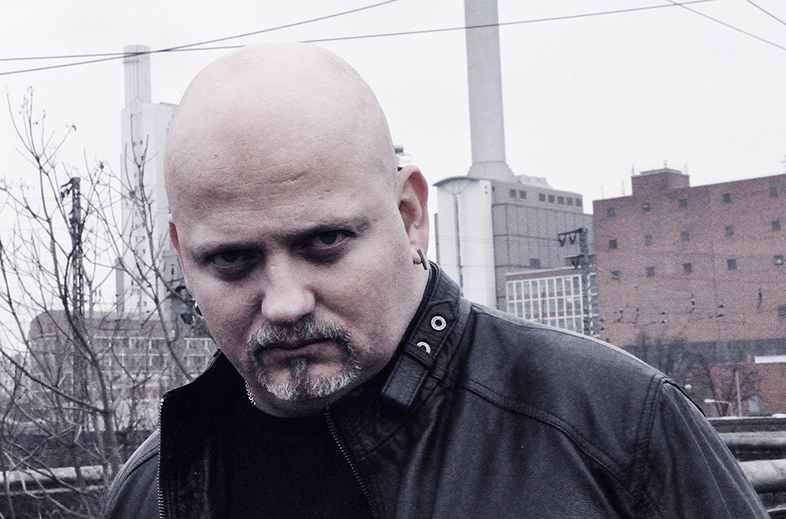 Is there anything else you would like to mention in closing?

I just want to thank everyone who follows and support my music. Come to my shows, you'll have a blast!