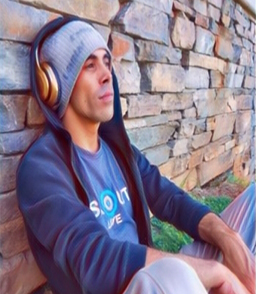 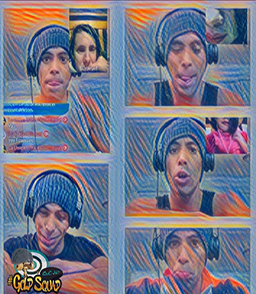 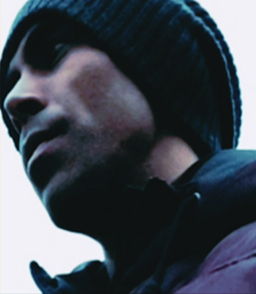 Thank you once again for doing this for me. I hope that you find this interview useful and that your viewers get to know you a lot better.

How did you get your name EMC Jet?

Well, when I first joined the app and for a while I was just Jett. Up until maybe 6 months into when I proposed myself to do well and knew Jett would not cut it so I wanted something extra to go with Jett...I kept thinking about my image and what sort of streamer I wanted to be and when I had the idea of the headphones and hoodie I knew that I'd have that emcee look. Thus EmC was added tho it's supposed to be pronounced emcee people just called me E.M.C Jett sounding each letter as apposed to emcee which kinda stuck and so now I'm known as E.M.C JeTT.

What was the purpose of downloading the app, and what did you expect out of it?

Downloading the app came at a specific down point of my life, and became something to socialise with while being at the comfort of my own home. In saying that, having worked as a chef for years and working along side alot of tourists has got me addicted to learning new cultures and traditions and languages. So far MeetMe has been fullfilling that craving. Meeting some awesome people from all over the globe, and look forward to meeting more.

When did you start streaming? What was the feeling of obtaining your first million like?

I started streaming in Feb 2018, coming up to 2 years streaming now and still love it. It has its moments but still love it in the worse of moments. Actually I got my badge before I got my Milli. Back when I obtained the badge it was 200k diamonds as the requirement. Not long after that they changed it to a mil and so I had to get 600k being at 400k at the time to make sure I could keep the badge and so when I got that milli it was a great feeling for many reasons..a milestone reached...got to keep the badge as well as being a part of the 200k badge club is awesome! Makes me old, but I'll take it! Was good for those in my stream who worked hard for me to get that Milli also and could see as it meant allot to them. Just imagine what it did for me. Its never been about the diamonds anywhere near as much as it being about the people you connect with, and would do alot for you. So getting the Milli was great don't get me wrong, but what was better than that was the even bigger connection I had with the family as we got that milli together.

What kind of hobbies do you like to do? What do you do in your spare time outside of the app?

The simple question that says so much about a person!!! I love these questions!!! I'm a massive sports guy. Love sports and playing sports.. Love watching motorsports too. I have such a passion and respect for motorsports and being involved in some motorsport programs. I'm a muso so you might find be busting out a few classical tunes in the guitar or banging out on the drumset waking up the neighbours family is key to me aswell so being with them is one of my fav pastimes. Other than that just relaxing and listening to tunes, going out to fancy dinners, or some beers (coronas) has my name on it.

You are in Australia, have you ever considered visting other places to meet streamers?

Abso-freakin-loutely!!!! America has always been tugging at my heart and everyone of my viewers hear it all the time with allot of rolling eyes emojis and shuttup comments has always been a dream to go to America and visit so many of the people that I have only known through a small square glass. But also being someone who is a culture seeker and a lover of historical places with so much history and evidence I would just love to travel in general to anywhere and everywhere.

Have you met anyone off the app before? How was that like, what was the negative and positive outcome of it?

I have met a few people of the stream fortunately...not long ago a few viewers of mine organised a trip for my birthday and a meet up and can't get it out if my mind. Phenomenal to meet people in real life and hang out with them seeing the differences and things you don't see behind a screen. I've met top badge Katie and we had a blast. She's an awesome streamer but even better in person. The positives are definately just getting to know them better as people outside a virtual streamers life so to speak. I don't see many negative things other than the fact that they now know my secret habits  you can't hide in real person 

Ah yes! Always remember who you are as a person and that's who you are as a streamer. People get confused and struggle and try and get upset and that's because they lose the most valuable principle about streaming. It's intended to be enjoyed. Enjoy your streams and try new things and the rest will come naturally. I generally have strategies for those who really want to get that Milli or the badge which always works but the most important thing to remember is to never stray from who you are a person, and to always always always enjoy what you are doing with the people staying away from as much nonsense, children style, playground drama that people seem to be all about.

In 10 years, I absolutely still see myself on MeetMe doing even better with the same people coming onboard and new segments and content. MeetMe for me has always been long term for me. I love it that much and picks me up in the darkest of times. In my life I currently have a business that is really producing so in 10 years I will be in America, in Cali with my own expensive house in San Diego just chilling with all my viewers having their own keys to my house enjoying a corona with me beside my $20k pool in our bathers

Is there anything else I might have missed that you would like to let your viewers know?

My people know me well. They know the type of guy I am and I allow each one live out my life with me . I suppose they need to know that every one of my successes on the app is their successes. Every jubilant moment is their excitement and every down moment is all our chance to help each other realise that MeetMe is not all about a personality or someone's look but people's heart and how smart they are and caring!!!! At least in my stream we are all there to prove it.