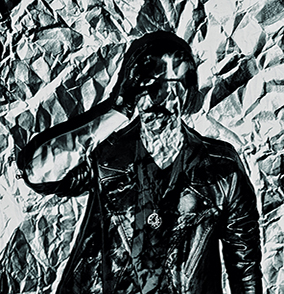 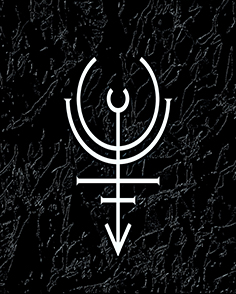 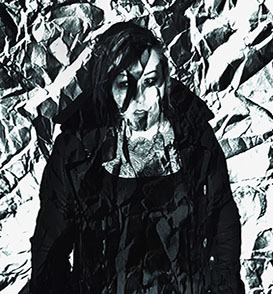 
Thank you for taking the time to do this interview for Streaming World Magazine, I hope that this interview reaches out to a wide audience of people so they can get to know you a little bit better.

- Thanks so much for reaching out, it's no problem.

You are the band HAEX, can you give us a little background story on how you got the name, and what’s the meaning behind it?

- Why we chose the name "HAEX" we'll leave up to interpretation, but it sounds fucking tough.

The band consists of two people, Adam Jones, and Sarah Graves. How did you two meet, was the band idea just yours Adam, or was it Sarah, and yours combined?

- We met while we were both members of an LA metal band. As time progressed we found the new music we had created together transcended the project we were working on. We share the load... if you know what I mean.

You are an esoteric industrial band, for some people who do not know what esoteric is, can you give a brief explanation?

Can you please describe who you are as individuals, and what roles you play for the band?

- Adam is a brooding multi-medium artist with near-debilitating ADHD and a magick mustache. Sarah is a hypersexual transgender dyke bottom thelamite. She likes heavy music and even heavier BSDM. We both destroy synths, Sarah's on guitars and Adam does vocals.

I think you have a unique style of industrial, I feel that it is your own sound, do you have any bands that have influenced your music?

- We have influences across the spectrum. They come as close to home as Dead Can Dance and as far as a literal car crash, Like Author and Punisher.

You perform live shows, what are they like, do you add other people to play other instruments?

- We don't perform shows, we perform Rituals. It's usually just the two of us, though we've had guests.

Have you ever performed any cover songs, if so which ones, or do you plan to?

Do you plan on making a new album, if so when does it come out?

- Part subliminal messaging, part Magick Ritual. 93 and all that.

Are you planning on a tour soon?

- Once the album comes out, and as soon as we're allowed to. Gotta keep the fans alive.

- "Having to talk destroys the symphony of silence."

Thank you once again for taking the time to fill out this interview!