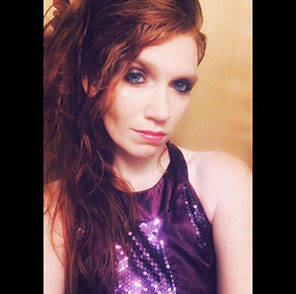 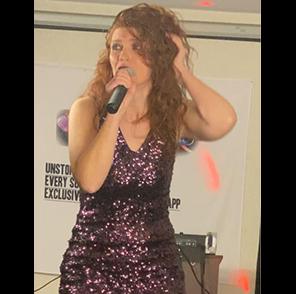 Thank you Ecomedy101 for taking the time to fill out the questions for Streamingworld.info I hope that this interview helps you get more viewers, and that your viewers get to know you a little bit better.

Who is Ecomedy101, what does Ecomedy101 like to do for fun, what makes you the person you are today?

For fun I like to write song parodies. I’ve had the name EComedy101 long before I started writing song parodies. I used to blog on MySpace making fun of dumb situations and people. At that time I went out a lot to karaoke, DJ’d karaoke, and worked at a mall. I used to also write a few of my own top 10 lists and just make fun of pick up lines guys would use.

I’d say I am who I am a lot because of my faith. I am Christian, but not afraid to write material of the issues in the world today.

What are Ecomedy’s hobbies? What do you like to do for fun?

For fun I also like to draw sometimes and take photos. Dressing up/cosplay is fun, too.


What brought you to start streaming on meetme? What other platforms do you stream on?

I came to MeetMe a couple years ago to check out the streaming, but they weren’t so popular for streaming yet. I checked it out because I heard about it from people on Live.Me I have been on the Live.me streaming app for 2 1/2 years now. After a couple of tries at MeetMe, I dropped it and stayed at Live.Me. However, MeetMe is now gaining popularity and Live.Me is losing some ground.

When it comes to my song parody hobby, I need to go where it’s trendy. So I came back to MeetMe in November and actually picked up more with it in February. I stream still on LiveMe, but just a little each day. Tik Tok I stream every now and again, but I mostly just post videos on that platform. I have accounts made on most streaming sites, however I mainly made the accounts so my name was saved.


On the streaming apps - LiveMe had a competition. It was called Team Talent Knockout. I won season 2. After that I was asked to co-host. So I co-hosted for the next 3 seasons after that. I’ve also been on the Global Show. That wasn’t a contest, but it was featured time. For about 6 months I did that once a week.

What competitions have you been part of, and how was your experience with them?

Tagged Got Talent (hosted by Idol) - I was in the 1st season of that and got 2nd place.

The Unstoppable Idol on MeetMe - I was a season 14 and season 16 finalist.

MeetMe’s Got Talent (hosted by Hoops) - I won season 5

Years ago off the app I used to sing/perform in karaoke contests (before I had my parodies) : I won at Irvine’s Pub, The Mug, A karaoke contest at an awareness event at the sports center, finish line, 1st & Goal, and Eleva Idol. Then there were several others more where I was a finalist and placed including one of the local state fairs. Every competition has been a learning experience. I just enjoy the opportunity to perform.

That hopping around from contest to contest led me to meeting several dj’s. I was asked to fill in for a karaoke company. That fill in lead to working for that company for 3 years. Then I switched companies. That company I ended up buying out in about a year and a half. Then I had my own company for several years. I still own the equipment. That’s what I use with my music now.

What competitions have you been part of, and how was your experience with them?

For the future, I plan on writing more songs. I’ll be working on some new backtracks. I would like to get some cds made, but I’ll probably start with making my songs available on Spotify and those types of apps. I also have intentions of making some professional music videos with some of my songs as well.

When do you stream? What are your streams like?

I stream everyday now. No set time. I do different types of streams. I’ll stream while writing lyrics or drawing and play battles as I do that. I like facing the weirdos. Sometimes it helps me brainstorm for more ideas, or it’s fun to try to out weird them. I’ll do “date box” streams.